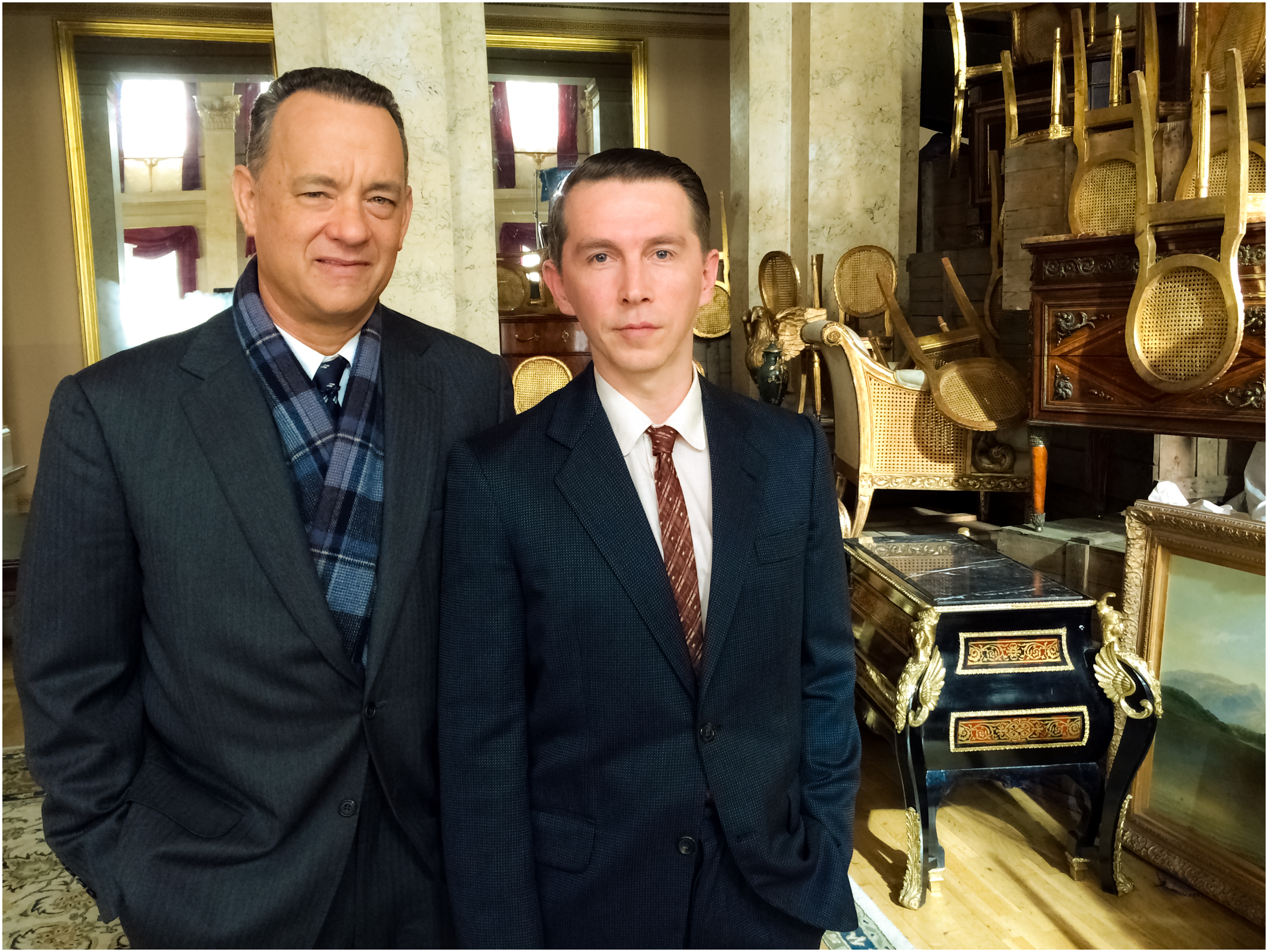 Radik Golovkov on the set of BRIDGE OF SPIES

FALK HENTSCHEL, we already mentioned the crossover episode of ARROW/ THE FLASH, info which Fallk stars for and introduces the character Hawkman for the new upcoming series LEGENDS OF TOMORROW (info) which Falk will also star for. Don’t miss it on December 1st and December 2nd and have a look at the brand new trailer of Legends Of Tomorrow…

DIMITRI STAPFER, stars for LEFT FOOT, RIGHT FOOT, directed by Germinal Roaux. Dimitri won in 2014 the Swiss film prize as best actor for his performance as the autistic Mika. Today at 10:25 pm on ARTE, info. Dimitri was also recently on stage with Molières DER MENSCHENFEIND and on tour with the very special performance of A LOVELY PIECE OF SHIT (pictures below)…

AISTE DIRZUTE, stars for THE SUMMER OF SANGAILE, directed by Atlanté Kavaité. On November 27th is the US premiere, info. The movie is selected for the European Film Award 2015 and Aiste Dirzute who was selected as Shootingstar at Berlinale 2015 was also nominated for her performance for the best actress award at Lituanian film awards 2015. The amazing band AIR add also a song to the soundtrack …

THE SUMMER OF SANGAILE, directed by Atlanté Kavaité (scene)
SIMONETTA SOLDER, started her shooting for LUISA SPAGNOLI, an Italian TV movie in two parts, directed by Lodovico Gasperini for RAI 1. Simonetta is playing an older woman, you can see it in the pictures below (left/before, right/after). She began also to shoot for DI PADRE IN FIGLIA, directed by Riccardo Milani, a mini series also for RAI 1…

BLAKE WORRELL, was a busy man the last months. Especially the November was filled with the release of his first musical “LUKAS”, at the same time he was shooting 3 episodes of a Sci-Fi American/ German Series and was working in 6 new short film projects. The first picture was shot on set for the trailer of “The Saddest Song in the World” a show he will do once a year as host. This year on December 21st. Have a look at some more pictures of projects he did also below…

From the set of HIGH PROSPECTS

On the set of SCAPEGOAT 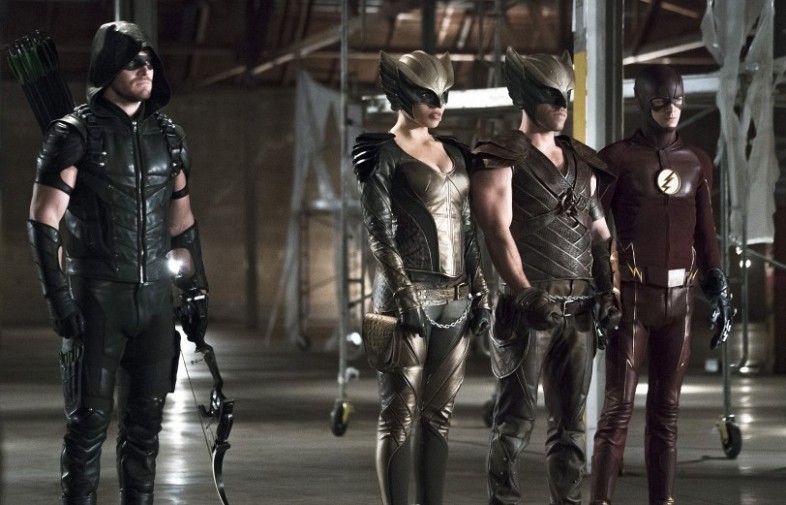 Hello friends and business partners. Welcome from out of Berlin´s low light period… Before the low light period become shiny through snow….here some hot news from our clients. So pls check them out and keep them in mind for your future projects. Funky greetz from Das Imperium crew Anne, Anna, Manuel & Georg

FALK HENTSCHEL stars for the crossover episode of the two successful US serieses ARROW/ THE FLASH, info which is an introduction to the upcoming spinoff of both serieses LEGENDS OF TOMORROW which Falk will also star for as Hawkman. The Flash episode, “Legends of Today”, will air on The CW on Tuesday, December 1st. The Arrow episode, “Legends of Yesterday”, will air a day later, on December 2nd. DC’s Legends of Tomorrow is expected to premiere on The CW in early 2016. Have a look at a brand new pic and the brand new trailer…

EMMA DROGUNOVA, finished recently her shooting for the mini series DER RHEINISCHE COWBOY/ THE RHENISH COWBOY, WDR directed by Lars Jessen. She also stars for one episode of the most famous German crime series TATORT, directed by Torsten C. Fischer. She is currently shooting for the movie BACK FOR GOOD, directed by Mia Spengler who shot with Emma already a short called NICHT DEN BODEN BERÜHREN/ DON’T HIT THE GROUND which was awarded and nominated several times…

BACK FOR GOOD, directed by Mia Spengler (set picture)

KATJANA GERZ, stars in her live comedy show called UGLY APPLE which is also written by herself. UGLY APPLE is a wild and messy black comedy about Katjana. A Ger-Marican girl torn between two cultures, stumbling on happiness who has hit rock bottom. She sits and eats and we follow as she jumps from parent to men to therapy to happy meals all in the hopes of finding light at the end of the tunnel. Without any filter she shares her thoughts with the audience as if they were sitting inside her head. Katjana takes
us on a roller-coaster ride through her life: from her spiritual parents, to her idiot therapist to being trapped inside an UGLY APPLE. It is a  and windy thought-chain of associations that leaves you the same way you come in… only now… you have a bag of Doritos.
Have a look at the trailer below.. 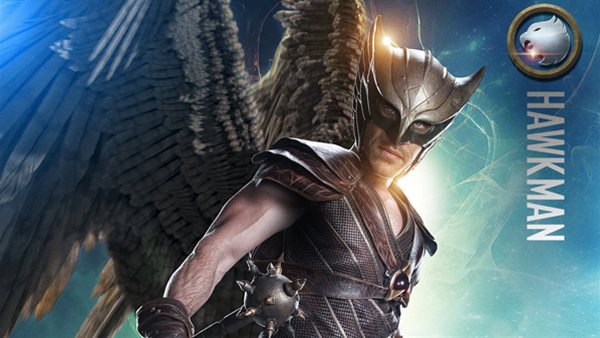 FALK HENTSCHEL stars for the crossover episode of the two successful US serieses ARROW/ THE FLASH, info which is an introduction to the spinoff of both serieses LEGENDS OF TOMORROW which Falk also stars for as Hawkman. The Flash episode, “Legends of Today”, will air on The CW on Tuesday, December 1st. The Arrow episode, “Legends of Yesterday”, will air a day later, on December 2nd. DC’s Legends of Tomorrow will premiere on CW on January 21st. Have a look at the trailer and a first teaser… 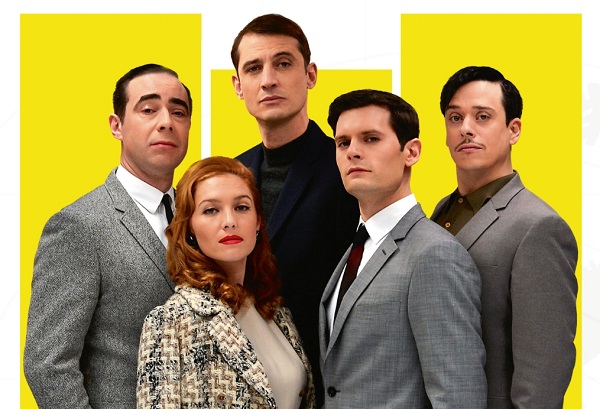 Hello friends and business partners. Welcome from out of the berlin low light slot district… before it will get completely dark here some shiny hot news from our clients. So pls check them out and keep them in mind for your future projects. Funky greetz from Das Imperium crew Anne, Anna, Manuel & Georg

AU SERVICE DE LA FRANCE (info) is a new tv series on ARTE where a new client we represent…the one and only mister HUGO BECKER stars as lead character. This great series is also on air on German ARTE (pls click here). We present you our preview to promote him which you will find below. Besides Hugo Becker stars JOSEPHINE DE LA BAUME also for AU SERVICE DE LA FRANCE. Josephine also stars for LISTEN UP PHILIP, directed by Alex Ross Perry. It will be the German premiere and will be screened at the Around the world in 14 films festival in Berlin at the end of November, info.

Previously Hugo Becker won the Young Cannes Talent Award in 2010. He speaks Frensh, Engilsh and Spanish fluently and had his breakthrough as Prince Louis of Monaco in GOSSIP GIRL (2010 – 2012). Next to Felicity Jones and Guy Pierce he stars for BREATHE IN and for other several TV series in France and the US like SILENT WITNESS for BBC network. He is also directing and producing with his company Nouvelle Donne…

MEHDI NEBBOU, stars for the pretty amazing TV movie DIE TAGE UNTER NULL/ LES HEURES SOUTERRAINES, directed by Philippe Harel. The movie follows the tradition of the great Michael Haneke. Don’t miss it, today is the last day you can watch it in the mediathek…

BIS WIR BLUTEN/ UNTIL WE BLEED, directed by Rico Mahel (scene and set pictures by Andreas Scholz and dffb 2014)

ROBERT MAASER, shot recently two feature films which were based on successful TV serieses. The first is the cinema adaption of the most famous German crime series TATORT/ CRIME SCENE, directed by Christian Alvart next to Til Schweiger and the second is the adaption of the adventure series ALLEIN GEGEN DIE ZEIT/ ALONE AGAINST THE TIME, directed by Christian Theede. Another client stars also for the movie, PAUL BOCHE… 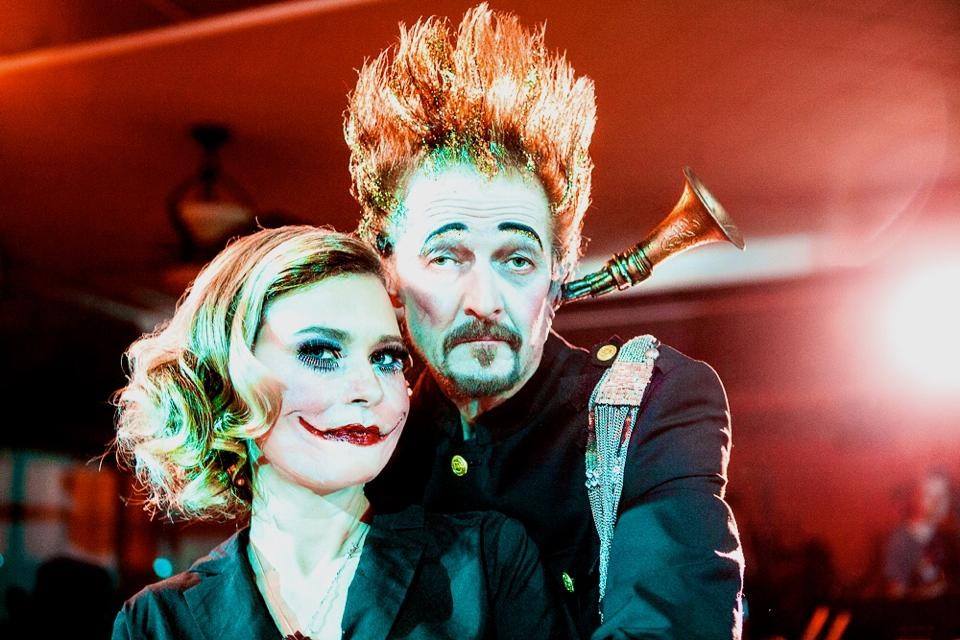 Hello friends and business partners. It’s getting cold and we are entering our low light slot of every year…but the news about our clients are still hot. So pls check them out and keep them in mind for your future projects. Greetz from Das Imperium crew Anne, Anna, Manuel & Georg

DANIEL DONSKOY, stars for the second season of the BBC 4 tv series DETECTORISTICS right next to Mackenzie Crook and Toby Jones, info. Pls try to watch it every Thursday at BBC 4 at 10 pm. Daniel started just a few days ago to shoot for another tv series for ITV 1 . He will portray Zarevich A. Nikolaevich.

STEFANO CASSETTI stars for one episode of the Italian series NON UCCIDERE by Giuseppe Gagliardi. His recent shooting for the German feature film FÜNF FRAUEN/ FIVE WOMEN which he stars for, directed by Olaf Kraemer. He shot this movie next to another client of ours, ANNA KÖNIG who played one of the female lead characters.

ANNA KÖNIG, besides her shooting with Stefano for the feature film FÜNF FRAUEN/ FIVE WOMEN, she finished recently another feature film called DIE HANNAS/ THE HANNAS, directed by Julia C. Kaiser and was also part of the cast for the German tv mini series KU’DAMM 56, directed by Sven Bohse…

MEHDI NEBBOU stars for the great German feature film WIR MONSTER/ WE MONSTERS, directed by Sebastian Ko which is selected for U18 – German-Polish Competition at Cottbus filmfestival, info…

NIKOLA RAKOCEVIC, is another client of ours who will be on screen at Cottbus filmfestival because he stars for the cinema movie THE SKY ABOVE US directed by Marinus Groothof which is selected for the section globalEAST of the festival, info…

THE SKY ABOVE US directed by Marinus Groothof (trailer)

LEON LUCEV who stars for CURE- DAS LEBEN EINER ANDEREN/ CURE- THE LIFE OF ANOTHER, directed by Andrea Staka will be seen at the Section Spectrum of Cottbus filmfestival, info…

KRISTINA KLEBE stars for one lead part of the episodic horror movie TALES OF HALLOWEEN directed by Darren Lynn Bousman, Axelle Carolyn and others (picture below). This movie is a mixture of bloody, bizarre and funny stories which take place in one town with cameos of a few well known actors and directors like John Landis info. Additionally is Kristina on her road tour to promote THE DEVIL’S CARNIVAL, directed by Darren Lynn Bousman where she stars for the part of Geraldine, a singing, dancing showgirl in the 1930s. Last but not least, Kristina finished her shooting for two episodes of the German TV series KATIE FFORDE…

OLEG TIKHOMIROV is now represented by Das Imperium Talent Agency. He currently studies acting at the University of Arts Berlin (scholarship from the well-established theatre Schaubühne Berlin). In the last couple of months he stars for SMALL HANDS IN A BIG WAR directed by Matthias Zirzow (Arte), an interesting feature film called JESUS CRIES directed by Brigitte Maria Mayer where he played next to Tom Wlaschiha and last but not least for the short movie DOBERMANN directed by Felix Schroeder. Oleg is native Russian and speaks German and English fluently. He has developed skills in horse riding, sword/stick fight, fence and in various martial arts. At the momemt he’s playing theatre again and shot recently a Mercedes commecial and an interesting music video for the DJ|Music-Producer LUNAKID besides many other talents which Das Imperium Talent Agency represents…