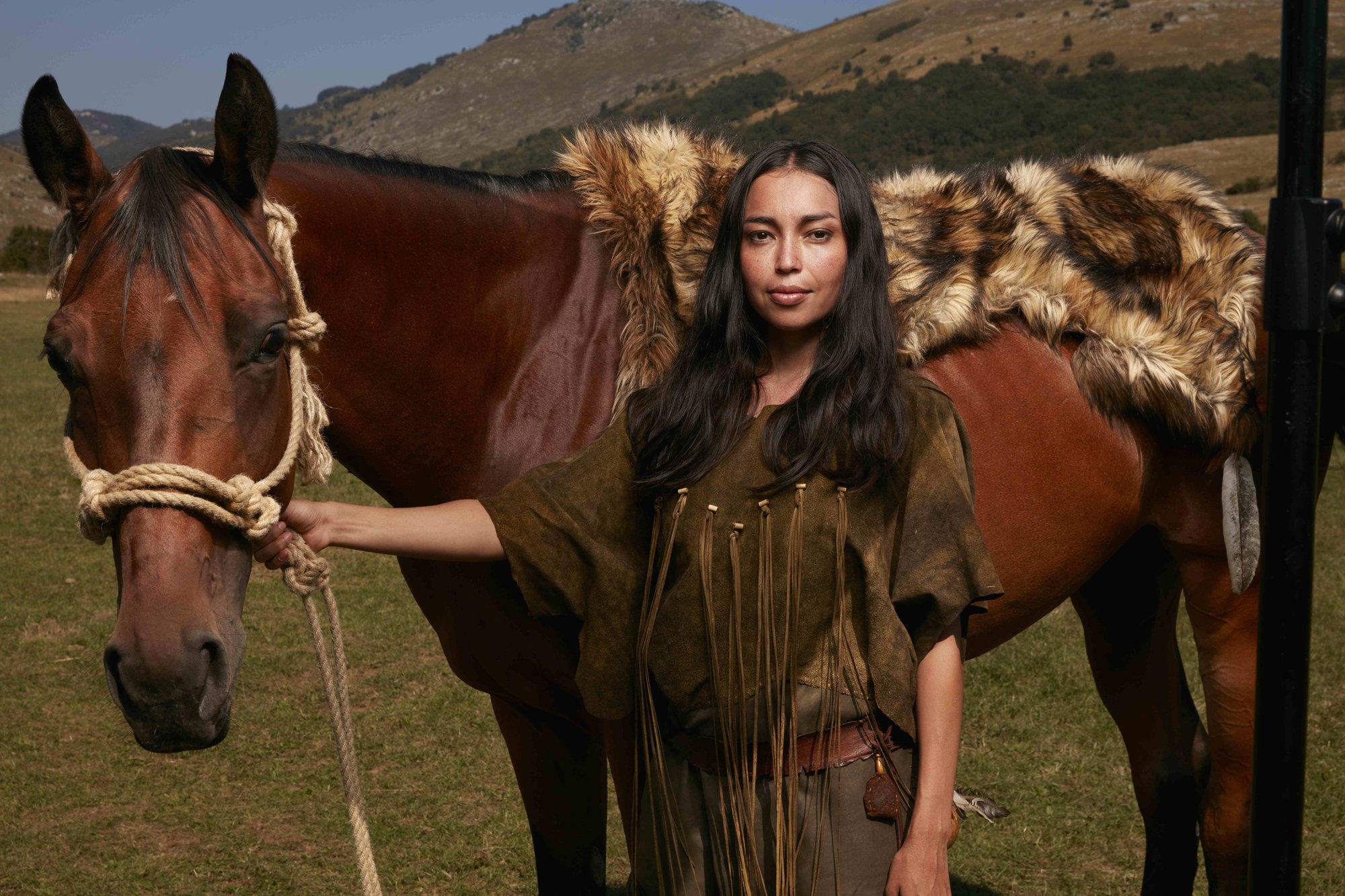 March 24, 2016 by Imperiumhasen News
IAZUA LARIOS now represented by Das Imperium Talent Agency (D.I.T.A.), is a well known Mexican actress. She stars for WINNETOU, directed by Philip Stölzl in the role of Ntscho Tschi the sister of the lead character played by our client NIK XHELILAJ.
IAZUA is famous for her role in APOCALYPTO directed by Mel Gibson, 2006. She also stars for the TV series CARLOS, REY EMPERADOR, which will be released 2016 and for the feature film ESPIRAL directed by Jorge Pérez Solano. Furthermore she is part of LA ULTIMA PELICULA/ THE LAST MOVIE directed by Raya Martin and Mark Peranson. Last Sunday she finished her shooting for the feature film LA VOZ DE SUENO in México by Analeine Cal Y Mayor. She plays the lead part and worked on it since January…
IAZUA is native in Spanish and Catalan and speaks English fluently.

Showreel
LEONARDO NIGRO stars for the 2nd episode of the German/ Italian crime series
DER URBINO KRIMI/ URBINO CRIME, directed by Uwe Janson together with
DANIEL STEINER as his brother! It’s based on the well known novel by Uli T. Swidler called “Der Poliziotto”. Aired on March 24th/ ARD/ 08:15pm, info.
LEONARDO NIGRO stars also for SCHELLEN- URSLI, directed by Xavier Koller. For this role he was nominated as best supporting actor for the Swiss film award 2016. German cinema release on March 24th, info. Additionally DIE SCHWARZEN BRÜDER/ THE BLACK BROTHERS, directed by Xavier Koller another movie he stars for will be aired on TV on March 26th/ Das Erste/ 13:25 pm, info.
DANIEL STEINER stars also for the very funny short FOOD FIRST, directed by Pol Ponsarnau together with two other clients of Das Imperium Talent Agency, MILTON WELSH and MARTINA SCHÖNE- RADUNSKI. After a lot of international festival screenings and selections this short will also have its German premier at ACHTUNG BERLIN – NEW BERLIN FILM AWARD (Competition “Made in Berlin-Brandenburg”, Germany)…

OLIMPIA MELINTE, is nominated again for the GOPO award (Romanian film award). She was already nominated in 2010 and 2015 and this time for best supporting role in the feature film BUCUREȘTI NONSTOP/ BUCHAREST NON- STOP, directed by Dan Chisu. The movie itself is also nominated several times, info. So please check out the trailer…

RAFAELLE COHEN stars for the several times awarded French Musical production AMADEUS MOZART L’OPERA ROCK. The successful play made its way to Korea and had its premiere at Daegu Keimyung Art Center in Daegu follwed by performances at Sejong Center for the Performing Arts in Seoul from March 12-April 24.
Please have a look at Rafaelles amazing performance…

FABIAN HALBIG released on March 18th with his band KILLERPILZE his new 6th album called “High”. Its followed by a tour through Germany starting in Stuttgart on April 08th. Check out the album teaser and one of the new videos which he also produced and stars for, info… 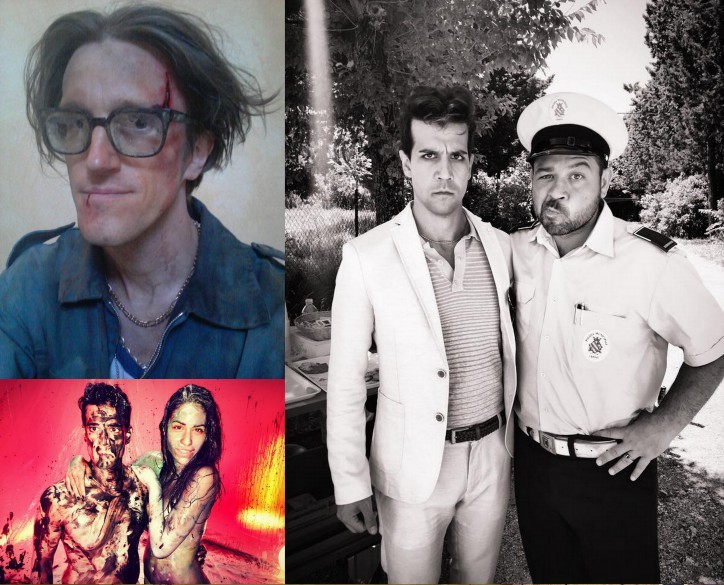 CARLOS LEAL, is shooting a pilot for a new series for ABC he stars for called DREAM TEAM, directed by Marc Buckland and written by Bill Wrubel (Modern Family), info. In April he will also shoot for the Iranian film PADIDEH in Switzerland (St Gallen), directed by Ali Ahmadzade. Meanwhile his theatre play BARCELONA, directed by Trip Cullman (we wrote about it) was a huge success. Have a look below…

DIMITRI STAPFER, Swiss film prize winner 2014 for best supporting role in LEFT FOOD RIGHT FOOD directed by Germinal Roaux stars for a music video called HORN directed by Paulus Bruegmann which was developed from the visuals they made for their very successfull show A LOVELY PIECE OF SHIT, which Dimitri wrote and created with two friends. They are on a tour with their show at the moment. On March 24th they are in Hamburg at the Hafenklang, check it out, info…

VLADIMIR PERRIN stars for a new series which he was shooting in Madrid called EL CASO. Have a look at the picture from the shooting… 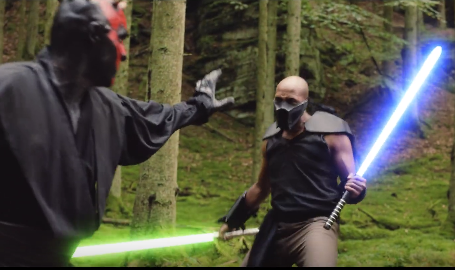 LEANDRO TAUB, stars for a new Spanish tv series project called DIARIOS DE UN SANTO DIABLO/ DIARY OF A HOLY DEVIL, directed by Joan Cutrina which is developed for him. Leandro will visit different places, cults, masters, teachers, specials to experience and find out more about who we are, why we are here etc. Pls have a look at the trailer below….

NANA GHANA is an iconic multi-talented artist, from Venice Beach who is also an actress who stars at recently for the feature film THE INSTITUTE, directed by Pamela Promanowsky and produced by James Franco. James Franco also stars for the movie besides Pamela Anderson, Scott Haze and other great talents. She was recently also the centre of the new Stella McCartney collection for L.A. called “One city One Girl”, info and stars also in James Francos Studio 4 web series MAKING A SCENE/ episode MURDERED WITH CHILDREN where James Franco took some of his favorite movie scenes from the most famous films of all time to re-imagine them in his own special way. So pls have a look, info…

One city One Girl: L.A. by Stella McCartney (presentation video)

ROXANE MESQUIDA produced together with Jacob Worrel the Drama/ Docufiction short film FUCKIN WHITE BOY, directed by Frederic Da. A delusional white rapper takes to the streets of Hollywood to get his music heard, selected at Frontale Film Festival 2015, info…

KRISTINA KLEBE, stars again for the next movie adaption of the novels by bestseller author Katie Fforde called KATIE FFORDE- DIE FRAU AN SEINER SEITE/ KATIE FFORDE- THE WOMAN AT HIS SIDE, directed by Carlo Rola, info. Kristina was also recemtly nominated for the Jupiter Award for her performance in KAFKAS DER BAU, directed by Jochen Alexander Freydank…

KATIE FFORDE- DIE FRAU AN SEINER SEITE/ KATIE FFORDE- THE WOMAN AT HIS SIDE, directed by Carlo Rola (mediathek)

LEONARD KUNZ, stars for one episode of the very known German crime series SOKO WISMAR- ZU SPÄT/ SOKO WISMAR- TOO LATE, directed by Steffi Doehlemann, you can still watch it in the mediathek. He finished recently the shooting for the movie project JENNY, directed by Lea Becker which he stars for and is now shooting for the well known German action series ALARM FÜR COBRA 11/ ALERT FOR COBRA 11, directed by Kai Meyer-Ricks. He was also featured in the new music video of Prinz Pi for the song “1,40m”… 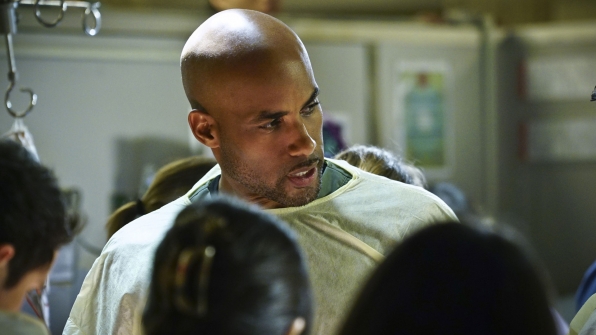 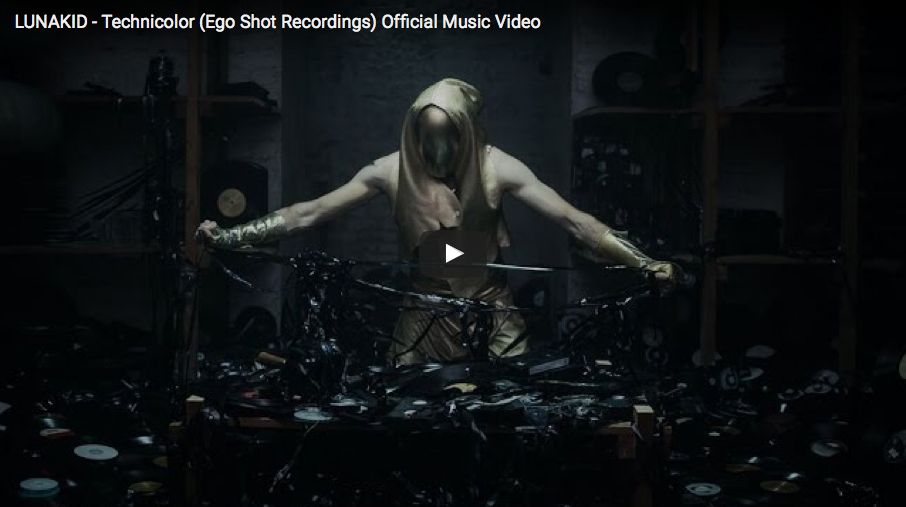 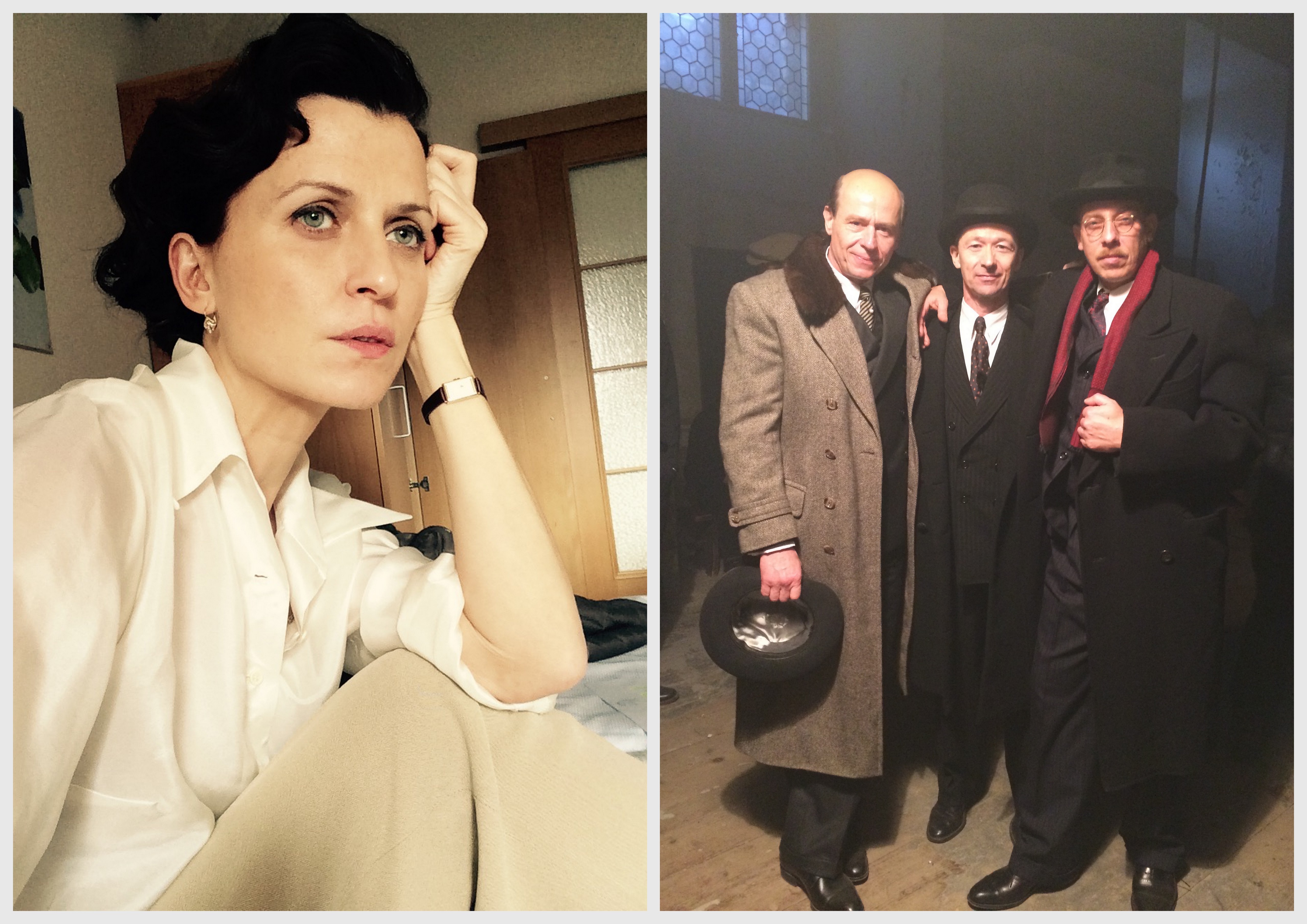 March 02, 2016 by Imperiumhasen News
ARLY JOVER & MILTON WELSH, finished their shooting for Czech feature film MASARYK, directed by Julius Sevcík next to Czech superstar Karel Roden.
ARLY is now represented by Das Imperium Talent Agency. She had her first big break through performance with BLADE directed by Stephen Norrington in 1998. Later on she stared for many other feature films like FOUR DOGS PLAYING POKER, directed by Paul Rachmann in 2000, for ADAM & EVE, directed by Stephane Lionardo, THE EMPIRE OF THE WOLVES, directed by Chris Nahon and besides Mehdi Nebbou (also represented by Das Imperium Talent Agency) for the French feature film MAGMA, directed by Pierre Vinous. Arly also stared for THE GIRL WITH THE DRAGON TATTOO, directed by David Fincher and for AXOLOTL ROADKILL directed by Helene Hegemann.
Arly is native Spanish and speaks English and French fluently.